“All of us need to be in touch with a mysterious, tantalizing source of inspiration that teases our sense of wonder and goads us on to life’s next adventure.”  – Rob Brezsny

Well, I’ve got a few of those mysterious, tantalizing sources of inspiration. 😉 There’s probably a few writers out there who would agree that sometimes inspiration comes in the form of a very attractive person, despite knowing that the real beauty is on the inside. But either way, after reading that quote, I decided to share my own muses, not just to give a face to the characters I created but to also share where my inspiration came from. In fact, maybe these guys will inspire other writers with their works. After all, muses are a fickle sort, and us artisans can’t live without them…though with muses like these, who would want to? 😀

So here they are:

I would like to set the record straight since he’s become a favorite among authors. It was not E.L. James’ Fifty Shades nor Stephanie Meyer’s Twilight that introduced Henry Cavill to me. My star-struck love for him started when I saw him for the first time in theaters watching The Count of Monte Cristo when I was in high school, and I’ve been following his career ever since. 🙂 He’s extremely elegant as an actor, and the way he speaks and acts so fluidly is mesmerizing. I’ve used him to start off quite a few characters, but the one story that he ended up carrying through all the way was The Benighted saga. If this saga ever hits the big screen, I really don’t think any other actor could do Harlin Brien’s character justice like Henry Cavill. 😉

This is another one whose career I’ve followed. Ever since I saw a glimpse of him in Clash of the Titans, I became a Luketeer. My favorite movie so far with him is The Raven, mainly because I love the way he portrayed his detective character, and because the whole movie was about Edgar Allan Poe. ❤ Nevertheless, Luke Evans is full of charisma, and always seems to present himself so genuinely. His charm is captivating on and off screen, and it’s that aspect of him that has made him one of my go-to muses.

There is nothing about Ryan Gosling that hasn’t already been said. He’s funny, he’s romantic, he’s captivating. He can be both the boy next door and the millionaire living in a rich flat. One thing I’ve noticed about him as an actor is that he’s so expressive with his eyes. He doesn’t even have to say anything; his eyes and facial expressions say it for him, which is such a crucial element in a story. Sometimes it really isn’t what’s being said but what’s not being said. He’s able to pull our feelings out of us just by the way he physically composes himself. That’s the main reason why I used him as a muse in Speakeasy: A Novella. Eddie Durante’s character is very expressive despite the fact that he really doesn’t say too much. In order to bring across that type of emotional character, I knew Ryan Gosling would be the perfect inspiration for it. 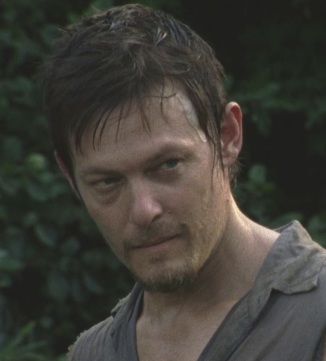 Norman Reedus is a bad ass. You can’t even try to lie about that. While he plays these rebellious characters on screen, off screen he is one of the nicest, most gracious people, especially to his fans. That’s why he’s a true bad ass. He’s a fantastic actor with a heart of gold who hasn’t forgotten where he came from. It’s truly inspiring, especially to us newbies still trying to get started in the world. His ability to be solemn and deep with little hints of humor and softness is what led me to being a muse for a couple short stories.

I’m not even going to try to explain it. He’s gorgeous, he’s sincere, and his accent makes me drool. I’ve got a couple stories that I used him as inspiration for, but the one story that I used him for in a way I never thought I would was in The Benighted as Cross Lutherus. Yes, I thought of him as the bad guy. 😦 But I couldn’t help myself! His portrayal of Loki in the Thor movies was so graceful that he’s exactly how I pictured Cross Lutherus being…just only a tad bit darker than any of us could have predicted. I wanted to show how the ugliness of a person on the inside can really show on the outside, even on an attractive person. Having that bad guy look like Tom Hiddleston made it so much more fun to deal with.

If you’re not watching Vikings on the History Channel, or have never seen The Beast with Patrick Swayze, then you probably have no idea who Travis Fimmel is. But all you need to know is that he’s becoming an amazing actor, and his eyes will silence you. They are so gorgeous and so stunning that you’ll be speechless throughout his scenes. Although I haven’t used him as inspiration for my current stories, he’s certainly helped create some ideas. You’ll be reading about him in the not-so-distant future. 😉 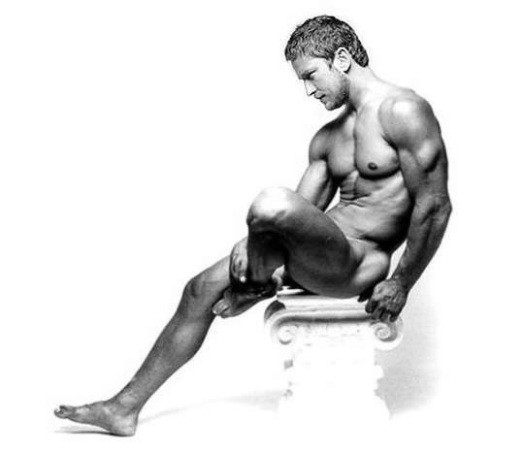 4 thoughts on “The Men Behind My Muses”

Leave a Reply to A. M. Dunnewin Cancel reply